speed limits on the Nordschleife! 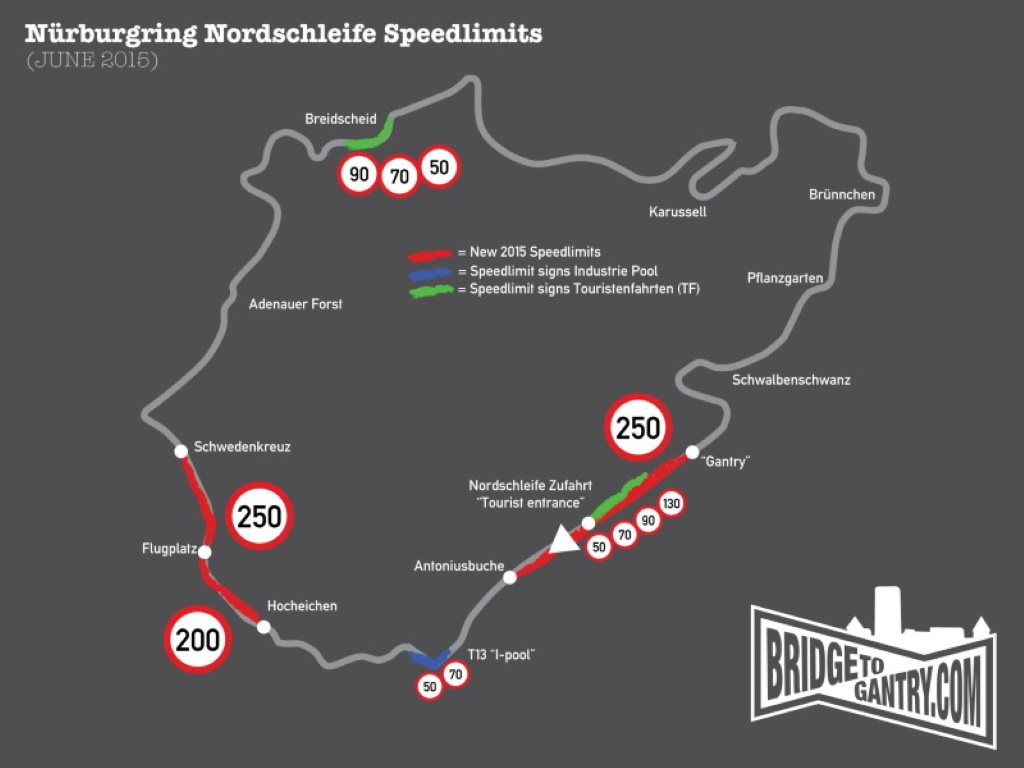 Following the flight of Nissan GTR in March in Flugplatz during a VLN race, which caused the death of a spectator, the company managing the system decided to limit this portion 250 km / h in waiting to find satisfactory solutions. The result is ultimately the establishment of new speed limits in several places of the circuit! It already existed for the public open days, especially on the portion of Breitscheid (50 km / h). The new limits are 200 or 250 km / h on the fastest part of the circuit and applicable to all, including manufacturers who rent the track for their trials.
For the vast majority of cars and drivers, this should not change much but the principle risk to shock many.
This measure will be reviewed at the end of the year.